On the Ironwatch side of things, the rough draft for Annual Year One is done, so hopefully that should be out in the next two weeks or so!

A quick update today: I revised the GDF:Inquisition rules so that it now uses the normal Quality tests, but with an extra Minor die that can provide an advantage instead and works better with high-value Skills as well. I also tweaked the Missions list, so it’s actually achievable with 1-2 units per player.

Lastly, Tano from OnePageRules pointed out that it might be easier to frame the whole thing as a GDF:Firefight module so I didn’t have to rewrite everything with 95% of the material kept identical. I agree, and so the new set just needs a GDF:Firefight ruleset/army list in order to use.

Please let me know what you think of the changes in the comments and reblogs below! Cheers!

So I managed to finish getting the rules banged out for Grimdark Future: Inquisition! This week is spring break so the playtesters I rely on are out of town until next week, so I figured I’d focus on finishing off this project first!

The rules are basically a further refining of skirmish GDF: Firefight, in the same way as it i a refined version of basic GDF. I ditched the d66 system I originally had as I realized it was a nightmare in the way I originally had designed it, and instead went with the basic roll and a ‘Minor die’ that can provide a bonus to your main roll if it rolls well enough. Player bonuses affect this second die, and it can explode, so there’s a chance that any task can be successful, but hopefully not skewed in the way that the d66 roll setup was making it.

Let me know what you think in the comments and reblogs below!

So I don’t have any new game updates this week, but I am looking forward to doing tome prototype testing of Holy Press this weekend or next week for the Cardboard Edison game design contest! Instead, I’ll be doing a gamedump of a game I made for a 24-hour contest: Casanova’s Spark.

The map of the mansion

The themes for this game were Backing Out, Static, and Scandal. I wanted to try a game with a bit of fun physical dexterity to it as I’d just been reading and learning about Catacombs, so I made the main mechanic of the game one where you’re trying to zap other players and get a reaction out of them with a mild static shock. I’d want to refine this one a bit more for a future rendition, possibly tweaking the theme and definitely tweaking mechanics to make sure it played properly.

Please let me know what you think of the game in the comments/reblogs below. Cheers!

“Wow, you made it even more of a pain in the butt to control all of Asia…”

[Link to image. Free to use under Creative Commons License]

Not a full game to dump today, but a new board for classic RISK. I put this together based on this image: 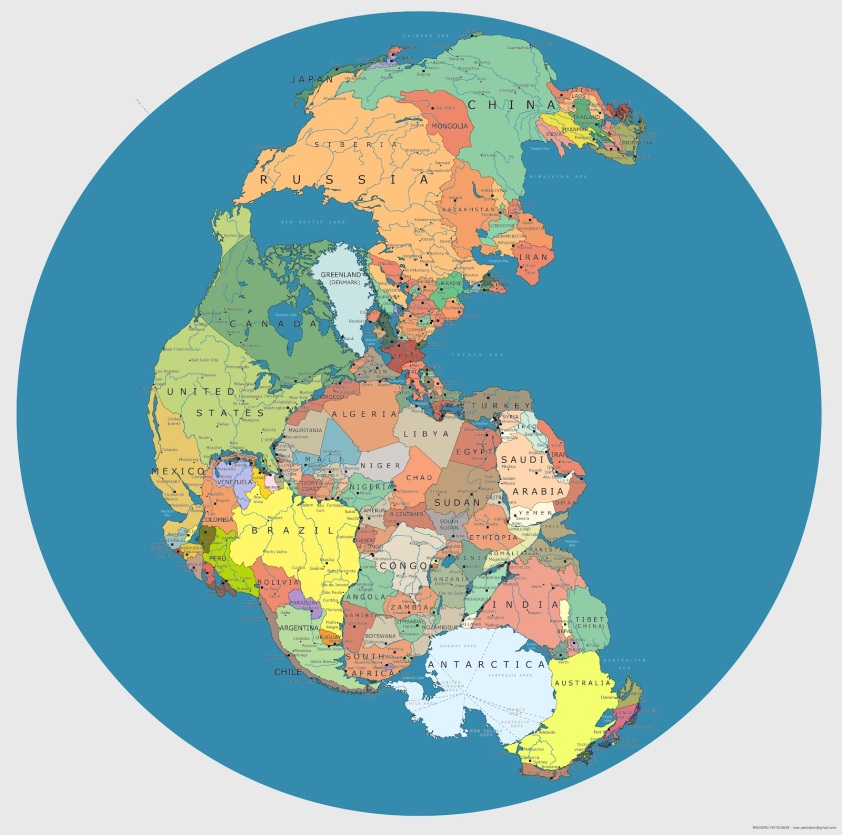 As the British Empire always assumed, they are again the center of attention

It was mostly a fun thought-exercise, and I added Antarctica’s borders based on the map for an expansion of Risk 2210 AD, renamed for the modern territories. A lot of Europe wasn’t perfectly to-scale due to the cramped size, but I figured it was close enough.

Overall, I think this is fun to play on because of the breakup of Australia’s fortress of solitude, and a lack of any clear perfectly-defensible alternative. S. America and Africa are now almost like a divvied-up Asia, now with the add-on of intact-but-vulnerably-exposed Antarctica, and Asia itself is split and tricky to control all of simultaneously. N. America and Europe are still valuable, but their centralness means conflict will, by necessity, make it difficult to control one or especially both at the same time.

Let me know if you give it a shot, and what you think!

Another game to try out, this one more focused on theme than mechanics. This is still probably one of my favorite 24-hour game titles and general game idea, if not specifically my favorite mechanics.

The themes for this game were Gentlemen, Jungles, and Carnage. The idea behind this mechanically was a die-allocation pool, and taking the underlying narrative of the short story The Most Dangerous Game, but with an injection of Victorian ridiculous formality. The name/formality was also heavily inspired by Sir, You Are Being Hunted as well. It is fairly random in terms of success, but generally trends towards a sort of trick-taking.

Some stats like Politeness have disproportionate weight and use, and Hounds is most likely a bit overpowered as it allows you to dump points into it and force players to deal with a very powerful proxy hunter (albeit leaving your own hunter far weaker as a result of the point neglect)

This may be one of the games I eventually revisit and refine into a more complete game, with clearer rules and mechanics as well as some art touchups. Let me know what you think!

I’ve finally finished and published the free skirmish ruleset I’ve been working on these last few months. Now you can see the terrain pictures in context!

Following this release, while I’ll be working on more Ironwatch Games, I’m also working on my own independent skirmish wargame that I am insanely excited to show everyone once it’s ready…

This was a Mordheim-style rule adaptation I made for Kings of War years ago. I was recently spurred into updating and cleaning it up, and here it is. I can’t wait to finish up the “deluxe” version… 😀

We’re proud to bring you the first Ironwatch Game: The Star-Struck City!

The Star-Struck City sets players in the sunken ruins of Casa-Omnicidi, a Primavantor city of incredible wealth recently risen from the seabed. Treasure and danger alike await your warbands, as they travel through the waterlogged city in search of the shards of the meteor that struck down the once-mighty port city and drove it beneath the waves.

Star-Struck City is a skirmish game, designed around playing with small warbands of 5-15 models on a 4′ x 4′ table loaded with terrain. Warband members advance, gaining new skills, equipment, and injuries as they survive the rigors of battle in this deadly locale. Climb up buildings and run between rooftops, leap down to ambush enemies from above, hire war machines and epic heroes from the Kings of War armies, and build your warband’s reputation as the fiercest and toughest fighters in all of Mantica.

The rules are based heavily on Kings of War, so players of the full-size wargame should feel right at home. It’s heavily inspired by other skirmish games such as Mordheim, but with the ease-of-play the Kings of War rules provide so gameplay is quick and decisive.

What we’re posting now is the basic rules; Behind the scenes, we’re working on a “deluxe”/full version complete with stories from Ironwatch issues, pictures, and art such as the custom piece we teased earlier from artist Boris Samec. The deluxe version will also be available for free, and we’ll be putting up the deluxe version for printing off of Lulu at-cost if you would like a hard copy as well.

As the surviving veterans of The Star-Struck City have said: Casa-Omicidi now only offers riches or death. What will you find?

The Basement Scientist
Blog at WordPress.com.