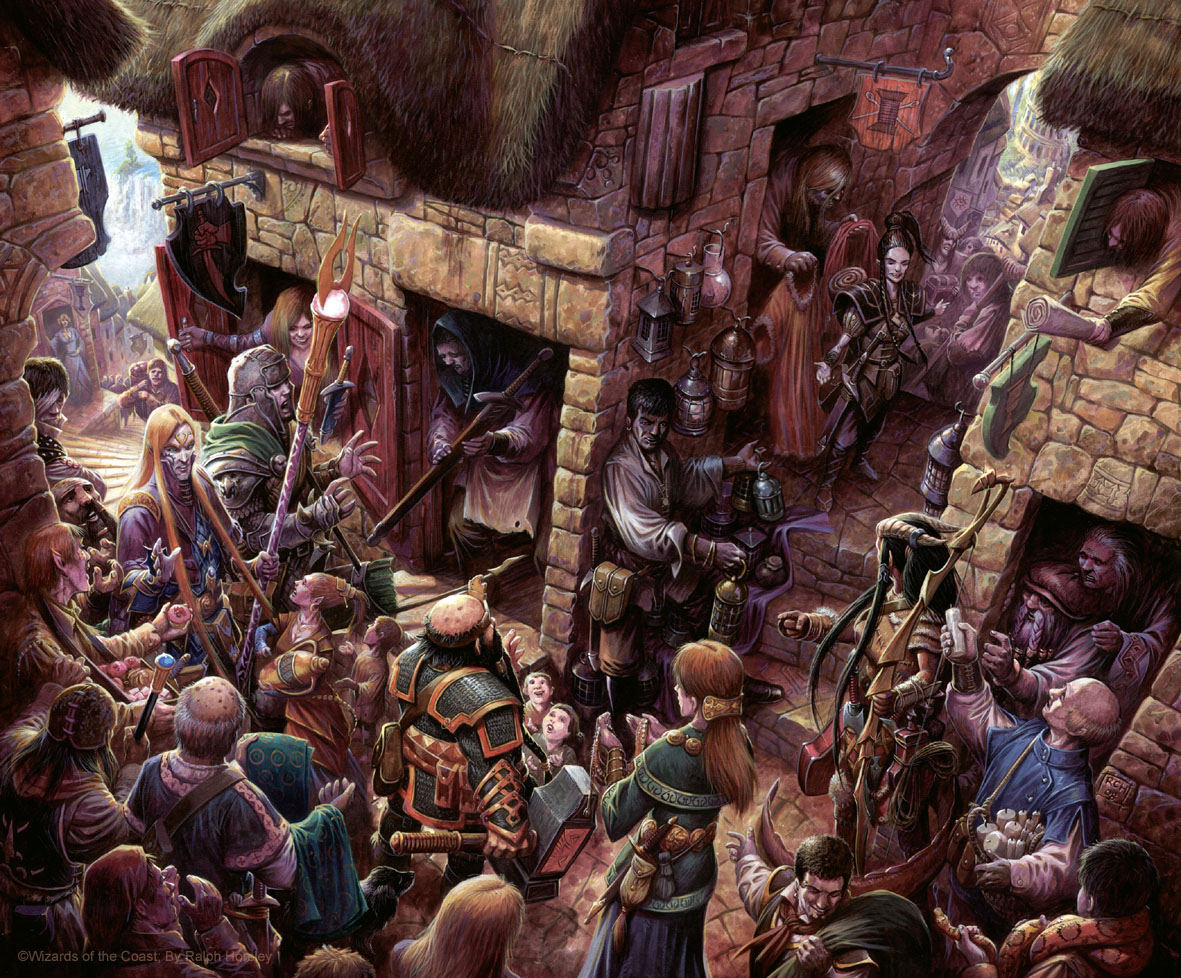 Sorry for the delay in finishing this section up; I’ve started a new job, and while exciting and engaging, it has siphoned away an unexpected great deal of my free time.

This is the final post covering the legacy (Thus far) of D&D 4th Edition, as covered in my two previous posts on 4e in general and the books released for 4e. Finishing with this, and I’ll hopefully be able to release more posts with more free games and reviews in the near future.

END_OF_DOCUMENT_TOKEN_TO_BE_REPLACED

Continuing on from my discussion previously on the history of 4e and what I like about it mechanically, this time I’m going to speak to the various books and resources published so far for 4e. Just as fair warning: This is likely going to be a huge post, so bring some popcorn.

END_OF_DOCUMENT_TOKEN_TO_BE_REPLACED

So, now with D&D 5e coming out within a matter of weeks, and with the Basic Edition already here, it seemed appropriate to look back on my favorite incarnation of the hack & slash staple: Dungeons and Dragons 4th Edition.

END_OF_DOCUMENT_TOKEN_TO_BE_REPLACED

I wanted to post this as a bit of a shout-out to one of my all-time favorite lite RPGs, Simple D6.

Simple D6 is a really fast, easy light RPG, using only D6s. The entire rules fit on a single sheet of paper, and a character can take up as little space as a notecard. In general, the rules generally are either unopposed (Where rolls result in a Yes, No Yes but […], No and […], Yes and […] format) or opposed (Where you reduce enemy health from a pool in order to win the encounter)

END_OF_DOCUMENT_TOKEN_TO_BE_REPLACED

So something that has been on my mind lately as I’ve been brainstorming a new RPG (Inspired by the freeform skill/flaw choices in Eric Nieudan’s amazing White Books) is the concept of Skills. There seems to be two main schools of thought, and each has two subsections I’ll discuss a bit as well. The first of these categories is Structured Skills, indicating that the skills come from some sort of list that the player picks from and records, while the other is Freeform Skills, where the players are free to make up their own skills rather than pick from a list.

Of the two groups, I have to say I heavily prefer Freeform, as it allows for far greater flexibility when making a character and generally requires less memorizing of rules as well. Examples of this include Risus and one of my personal favorites, Simple D6. Freeform skill systems also fall on a gradient, between Mechanical and Fluffy.